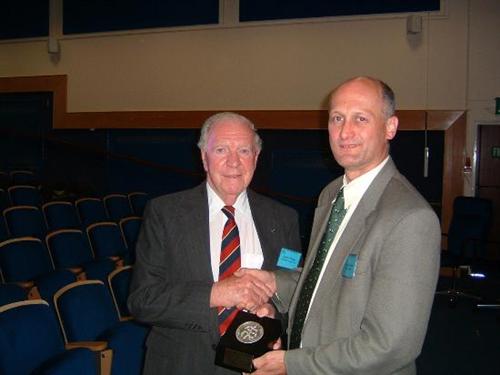 Professor Phillips is currently Chairman of Research Transfer Ltd, Phillips Hydocolloids Research Ltd, the Cellucon and Trusts and the Wrexham  Gums and Stabilisers Conferences. He is a Visiting Professor  and Fellow at the North East Wales Institute (University of Wales) and a Consultant to several industrial organisations, including to the Association for the International Promotion of Gums.

Professor Phillips' research interests have centred upon carbohydrate and biomaterial systems, particularly on food hydrocolloids and medically-related biopolymers of connective tissue.  He has been a collaborator with Dr Endre A. Balazs since 1963, lately with Biomatrix Inc, (now incorporated into Genzyme Inc) which produced HYLAN, an FDA approved product, which was used for the replacement for synovial fluid damaged by osteoarthritis ( “SYNVISC” ).

Professor Phillips is Founding Executive Editor of the journal FOOD HYDROCOLLOIDS, and has produced 52 books and (currently) 553 papers in leading scientific journals.  These include :  NEW  FIBERS; NEW MILLENIUM FIBRES, INNOVATION & TECHNOLOGY TRANSFER IN JAPAN AND EUROPE (Routledge), the series on GUMS AND STABILISERS, and the CELLUCON series and HYALURONAN:  Vol 1 Chemical Biochemical and Biological Aspects and Vol 2  Biomedical, Medical and Clinical Aspects.  He is also currently Editor-in Chief of the Advances in Tissue Banking and  Editor of the International Journal of Cell and Tissue Banking.