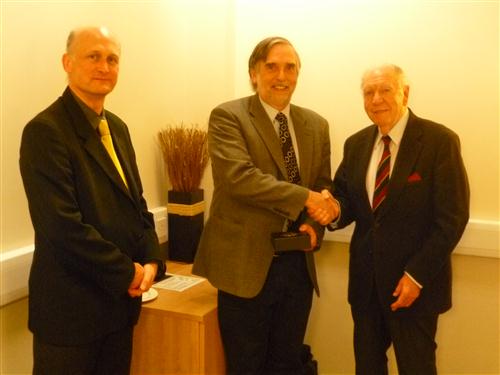 Prof. Ian Norton (BA, DPhil, FRSC, FIChemE, CChem, CEng) graduated in Chemistry from the University of York in 1977 and obtained a PhD in “Fast Reaction Kinetics of Polysaccharides” from the same University in 1980. During his PhD study he worked with Dr. David Goodall, Prof. Ed Morris and Prof. Dai Rees.

In 1980, he joined Unilever where he maintained and further developed his research interests in the science and engineering of emulsions and biopolymer structures, always with a keen focus on microstructure and how structural variation can be designed and used for application purposes. He remained in Unilever for just over 25 years, eventually as Chief Scientist, responsible for all background research carried out by the company in Foods.

In 2006 Ian Norton was appointed as Professor of “Soft Solid Microstructural Engineering” at the University of Birmingham. Since joining the University he has maintained this focus and has built a new group of 7 Research Fellows and some 20 PhD/EngD students carrying out a mixture of fundamental and applied research. He has published many advances in emulsions, emulsification, material properties of soft solids such as mixed gels, encapsulation and controlled release in emulsions and duplex emulsions, fat crystallisation and measurement and modeling of mixing that occur in the human mouth upon food consumption.

He has authored more than 120 original refereed papers and is an inventor on more than 100 granted patents covering ingredients, spreads, dressings, sauces, skin creams, shampoos and ice cream. Ian was a member of the Agriculture, Veterinary and Food Science panel for HEFCE’s Research Assessment Exercise 2008 and a member of the Scientific Advisory Board of YKI, which is the Swedish Institute of surface chemistry.

He has given many plenary and invited lectures at national and international conferences and, since joining the University of Birmingham, has developed a working relationship with a number of major international companies including: Nestle, Cargill, PepsiCo, Syngenta, Boots, Kraft, P&G and Unilever.