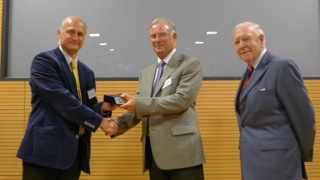 Professor P.A. Williams is Professor of Polymer and Colloid Chemistry and Director of the Centre for Water Soluble Polymers at Glyndwr University which is internationally recognised for its work in the characterisation and properties of polysaccharides. He has over 30 years experience in the synthesis, physicochemical characterisation, solution and interfacial properties of polysaccharides (and other water soluble polymers).

He has been able to attract major funding with grant capture in excess of £3M since 2000. Recent research projects include;