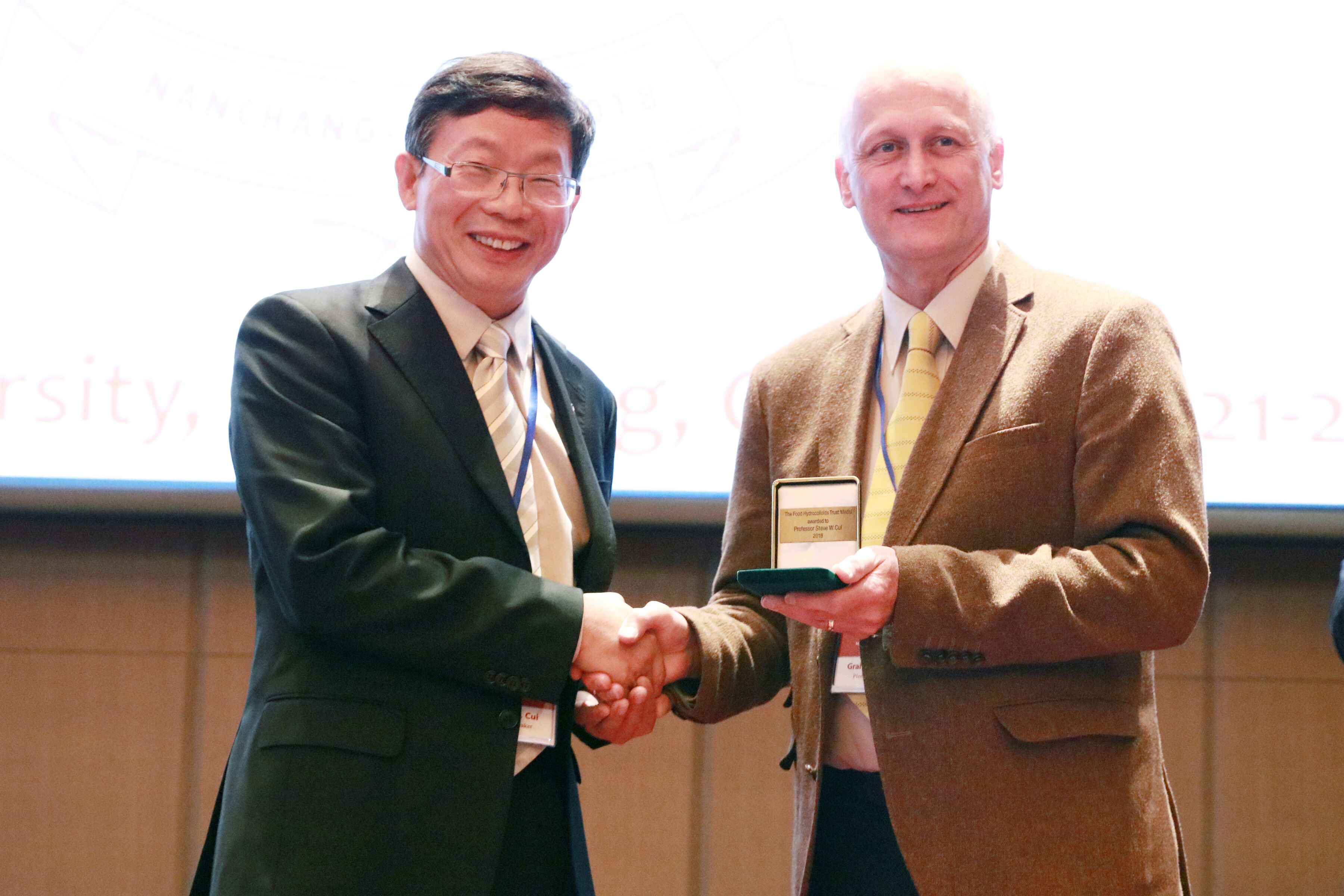 Prof. Cui’s involvement with the field of Hydrocolloids started from 1993: he received the Best Poster Award at his first Gums and Stabilisers for the Food Industry conference held at Wrexham, North Wales. He then became a regular attendee of the conference for the last 25 years and developed deep friendship with Professor Glyn O. Phillips. He is also a regular attendee of the International Hydrocolloids Conferences (IHC) since 1994 and Chaired the 2002 and 2016 (Co-Chaired with Professor Doug Goff) IHC conference held in Guelph, Canada. He is one of the key organizers of this International Hydrocolloids Conference (https://www.international-hydrocolloids-conference.com) and published over 60 papers in Food Hydrocolloids, 15 papers in Bioactive Carbohydrates and Dietary Fibre, and several chapters in the Gums and Stabilisers for the Food Industry. He has published over 200 publications peer reviewed papers, three books: Polysaccharide Gums from Agricultural Products (CRC Press, 2000), Food Carbohydrates (CRC Press, 2005) and Bioactive Polysaccharides (Elsevier, 2017; Co-Authored with Professor Mingyong Xie and Shaoping Nie). Professor Cui was Managing Guest Editor for the following journals: Food Hydrocolloids (from 2002 to 2018, 5 issues), Food Research International (Editor and Managing Guest Editor), Trends in Food Science and Technology (Guest Editor, 2003). In 2013, he founded and acts as Editor-in-Chief of the new journal Bioactive Carbohydrates and Dietary Fibre, which is becoming an important journal in the field.